The Chad Borah Team Includes 21 Highly Qualified Inspectors, 5 Administrators/Customer Service personnel, and 2 drones. We are ready to assist you by phone, email or text!

You can have confidence knowing that all our inspectors are continually upgrading their skills and staying abreast of new technologies.

As members of The American Society of Home Inspectors (ASHI), every inspector is eminently qualified and E&O insured to provide you the best results possible. 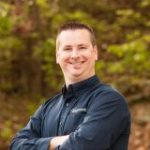 Rick Caby was born and raised in the St. Louis area. He started his career in the landscaping, construction, and remodeling trades, while attending college at Missouri Baptist University, where he obtained a Business Management Degree. After college, he entered the home inspection world, starting with termites and other pests, and then transitioned into performing whole house inspections. Rick brings vast knowledge to the team, with over 16 years experience as a home inspector. Rick has been married for 18+ years and has three children and a very close extended family. He loves the outdoors and enjoys fishing, hunting, camping and ATV riding. 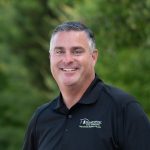 Joe Docter was born and raised in St. Louis. He lives in Kirkwood with his wife of 15+ years, and two children. Joe started his career in West Palm Beach Florida where he opened his own home remodeling company for high end homes. He started buying real estate and flipping homes before joining the Chad Borah Team. His main hobbies are barbecuing and cooking. 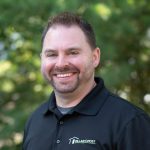 Kurt Bethel is originally from Chicago, but moved to Missouri when he was seven years old. Don’t worry, his is a huge Cardinals and Blues fan. He currently lives in Affton with his wife of 15+ years and three children. Kurt has a degree in Communications and a Minor in Vocal Music performance. He started working for a high-end interior remodeling company, where he worked his way up to the role of project manager before joining The Chad Borah Team. Kurt is an avid sports fan, loves to travel, and is a talented musician. 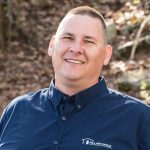 Frank Dean currently lives in Moscow Mills with his wife. He has two sons, a daughter, and two granddaughters. Frank earned his degree in heating & cooling from Vatterott College. He has a wide history in the industry, including installing and servicing HVAC equipment, as well as performing gas mechanical inspections. In his free time Frank enjoys traveling, camping, kayaking, and riding his motorcycles. 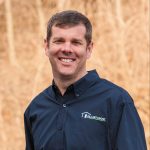 Dave Petlansky was born and raised in St. Louis City, and currently resides in South County with his wife of 21+ years and three active children. Before joining The Chad Borah Team, Dave was a journeyman plumber and has an extensive background in carpentry. Dave enjoys being involved in his children’s hockey, baseball, and dance competitions. 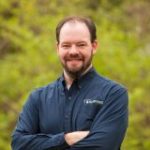 Phil Howard grew up in South St. Louis City. He started tuck-pointing at a young age, then worked as a contractor before joining The Chad Borah Team. Phil has four children and two grandchildren. He enjoys building custom radios, traveling, and cooking. Phil takes inspecting homes seriously, but also has a great and infectious sense of humor. 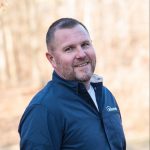 Eddie Whiting has lived in St. Louis for over 20 years. He resides in Pevely with his wife and three children. Eddie comes to The Chad Borah Team with over two decades of experience in new construction, remodeling and property restoration. Eddie enjoys hunting, fishing, boating and anything that has to do with the outdoors. 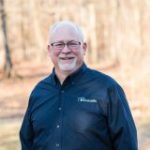 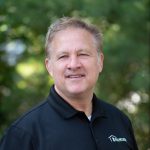 Henry Fischer has been in St. Louis his entire life and currently lives in South County. He received a bachelor’s degree in Business Marketing from the University of Missouri-St. Louis and was an avid soccer player in college. Before joining the Chad Borah Team, Henry had been in the construction and technology industry for over 25 years. Henry still loves to play soccer and enjoys ice hockey along with spending time with his three children. 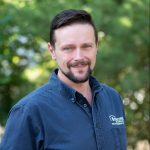 Ken has lived in the St Louis area his entire life. He is happily married with 2 awesome kids. Ken spent 10 years working for the Missouri Department of Corrections as a corrections officer. In 2011, he took over the family’s lighting business and served as the owner until 2022. Ken has also managed rental properties since 2014. His hobbies include tinkering with small engines and riding his motorcycles in his free time. 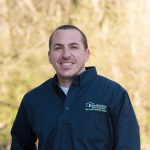 Nick Brooks was born and raised in St. Louis and graduated from Ranken Technical College with a degree in HVAC.  Nick lives in Sunset Hills with his wife and two daughters, and when he’s not working, he enjoys golfing, barbequing, hunting, and fishing. 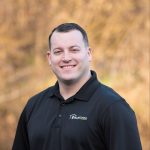 John Funk was born and raised in St. Louis. He was an infantryman in the Missouri National Guard and had been a mechanic for over five years, prior to joining The Chad Borah Team in 2020. John is married and has 2 children which are twins! His hobbies include spending time with family, hunting, fishing, watching hockey, and playing disc golf. 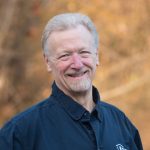 Gregory Prater was born and raised in South St Louis. He graduated from Cleveland High School and started his professional career with the St Louis Water Division. When transferred to the St. Louis City Street Department, Gregory started performing sewer-lateral inspections. His 15-year experience has proven to be an invaluable resource to our Sewer Department. He and his lovely wife have a blended family of six adult children and six grandchildren. Gregory’s hobbies include spending time with his family, hunting with his boys, and restoring old cars and trucks. 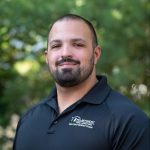 Josh was born and raised in Orlando, Florida. He worked in restaurant management for many years, focusing on the importance of customer service. In January of 2020, Josh moved to Missouri and currently resides in Ballwin. He has a two year old daughter and enjoys hanging out with his family, hiking with his blue heeler Kirby, exercising, and watching all sports. 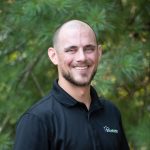 Patrick is a St. Louis native. He recently moved to St. Peters upon meeting his wife and her two kids. He and his wife recently welcomed a baby of their own, and now enjoying being a household of five. Patrick was a Realtor from 2015 until 2021 when he moved across the river, so is very familiar with the real estate world. His hobbies include hanging out with his family, playing soccer and softball, hiking, biking, and working on projects around their home. 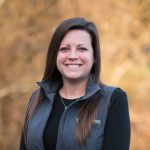 Rachel Montileone grew up in South County and currently lives in Imperial with her fiancé. She graduated from UMSL with a degree in Communications & P.R. and was a real estate agent before joining The Chad Borah Team. Her vast experience in marketing, customer service, and real estate makes her the ideal candidate to join our marketing department.  In her free time, Rachel likes to spend time with her fiancé and dog. She’s an avid Blues and Cardinals fan too! 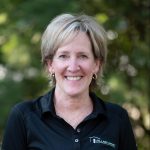 Shari McArthur was born and raised in St. Louis and currently lives in St. Louis County with her husband of over 30 years and their four children. Shari has been with The Chad Borah Team for over a decade. Before joining the team, she spent 18 incredible years raising her kids. Shari has a degree in Human Resources Management from Webster University. She enjoys time with her family, sunsets and sunrises, long walks, exercising, and visiting the beach! 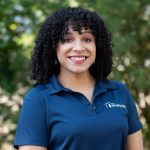 Bernie Nunn was born and raised in Peoria, IL, before moving to St. Louis in 2007.  She has a BA in English from Truman State University and has experience as a real estate transaction coordinator.  Bernie spent nine years in physician recruitment before joining the team. This experience, along with her real estate background, has proven to be a welcome addition to the CSR staff.  In her free time, she enjoys reading, singing, and spending time with family and friends. 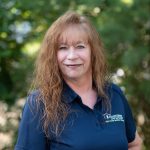 Kelly Mertens was born and raised in St. Louis and currently lives in Hillsboro. Kelly has three children and four beautiful granddaughters. Kelly was in property management for over 20 years! Her experience in that field made for an easy transition into residential real estate inspections. In her spare time, Kelly likes to read, spend time with her family and friends, and do home projects. 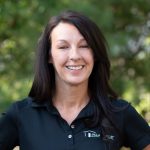 Jessica is originally from Illinois, but has lived in St. Louis for the last 25 years. Jessica has spent the last 13 years working in the real estate industry, specifically in the areas of real estate appraisals, residential home sales, and renovations. With her extensive background in real estate, she is a welcome addition to The Chad Borah Team. Jessica has two energetic children who keep her on her toes. In her down time, she enjoys photography, reading, music, playing outside with her kids and exploring St. Louis.